Realme is making new phones by the dozen and we’ll absolve you if you stopped following somewhere along the way. The Realme 5 series launched last month, but directly after we were done with the 5 Pro, the XT had already arrived. Well, the Realme 5 is still worthy of the spotlight and today we are making it the guest of honor in this review.

The Realme 5 is the bigger phone of the duo because of its larger 6.5″ display and beefier 5,000 mAh battery. realme 5 is powered by a very capable Snapdragon 665 chip, that ought to be thriving under that 720+ display. Sure, the resolution is less than ideal, but with a cost of 10,000 Indian rupees (130 euros) – we’d forgive almost anything.

In addition, the phone carries a rather premium build with Gorilla Glass 3 at the front end and splash-resistant protection across its whole body. Then there are the two cool gradient paint jobs – Crystal Blue and Crystal Purple.

And here’s the complete specs list to find out more about the remaining features available on this phone. 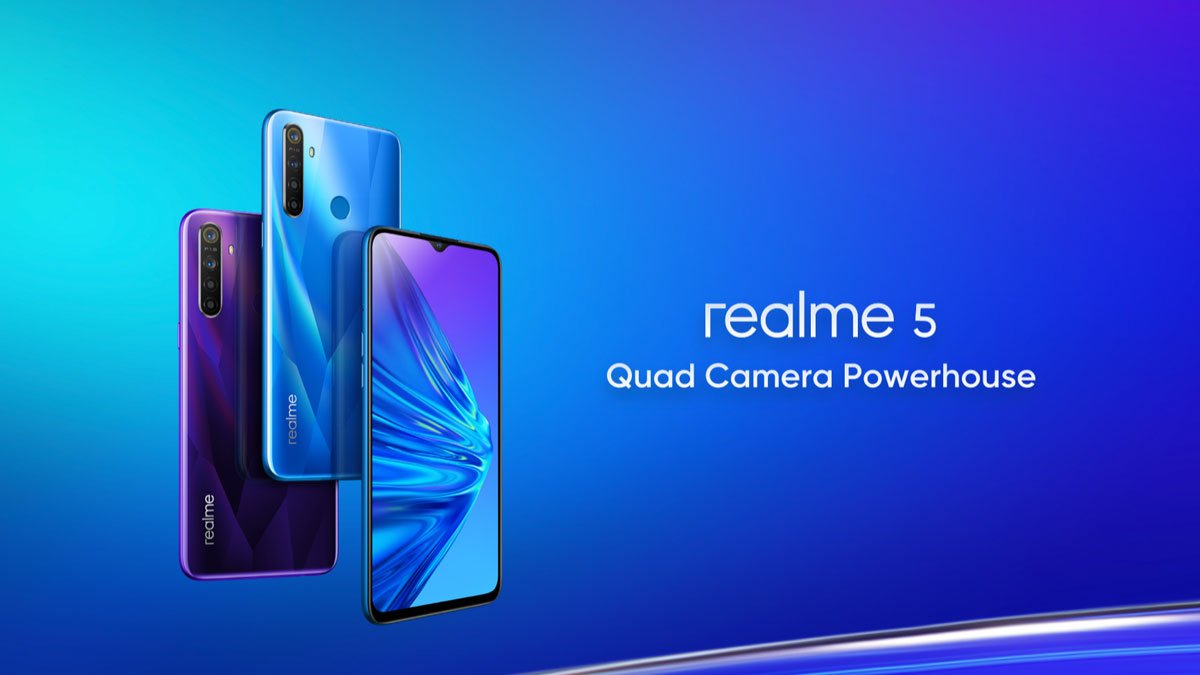 Unboxing the Realme 5
The Realme 5 could be rocking one very low price yet its retail bundle is fairly respectable.

Calling ships with a 10W charger, a microUSB cable, and a transparent silicone case.

That’s not all, obviously. As any other Realme, that certain also 5 includes a thin screen protector that’s applied in the factory.